Back in month of October, we covered about this upcoming so-called Neo hard fork called Neo Super. Neo Super team said snapshot of Neo will take place on November 10th 2018 and every user will get NEOX in 2:1.

The team did release a wallet couple of days back to allow people claim the NEOX. This wallet required users to enter their private key. Just after one day, we heard people losing their funds on the official telegram and twitter account.

One poor soul lost 115 Neo and here is the screenshot that he posted on Neo Super’s twitter.

While the Neo Super claims to be from France, we suspect them to be Russian as many Russians were posting links to NeoX wallet on twitter.

Guys,if you hold NEO 10 NOV on GUI,O3,Neon,Aphelion etc – get your NEOSUPERX in official wallet: https://t.co/cRTMbDubfT 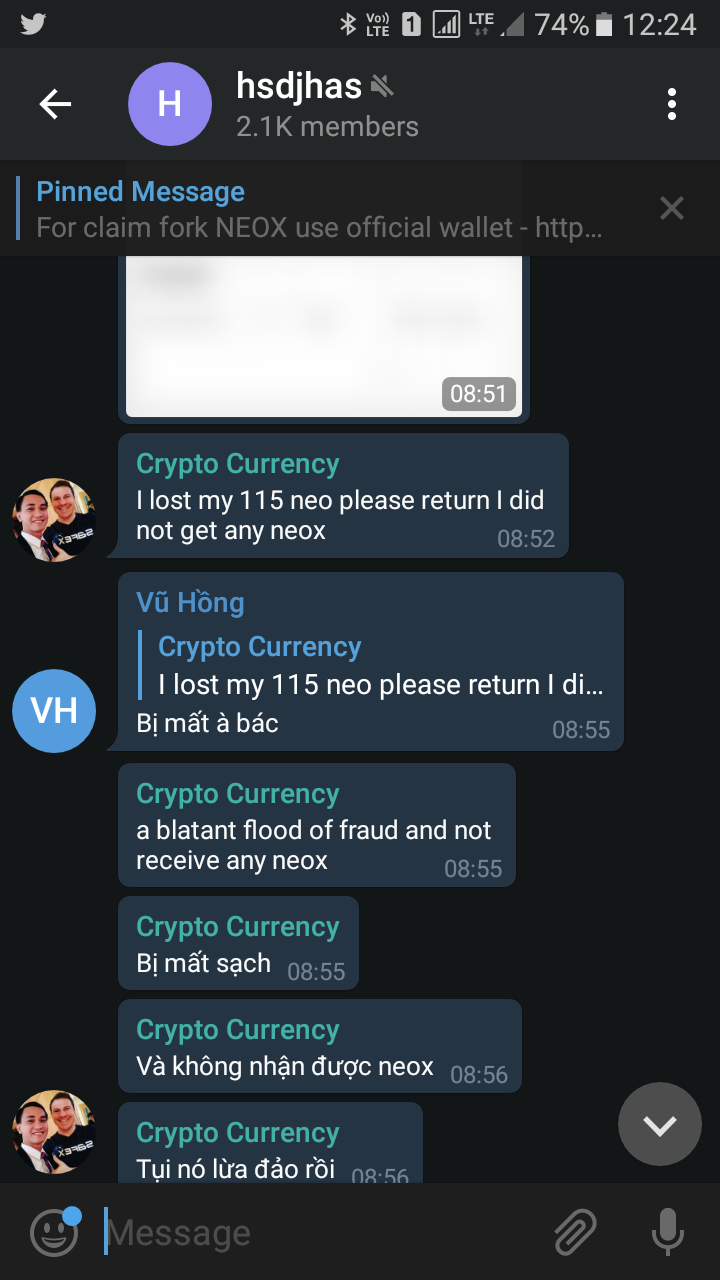 Neo Super team has also removed profile picture from their twitter account and has renamed to gibberish characters. The team is missing in action and has robbed many.

⚠️ATTENTION⚠️There’s an increasing FUD saying NEO is going to fork, turning out to be totally false!#NEO uses original #dBFT consensus mechanism, which has block finality and will not fork. Please take care of your asset and be safe.❤️

Neo’s official account had already warned users that Neo Super was a scam and that Neo cannot be forked.

Kamaldeep Singh is executive editor of CryptoCoinDaddy.com. He owns degree in Masters in Computer Applications and is behind many successful technology projects.