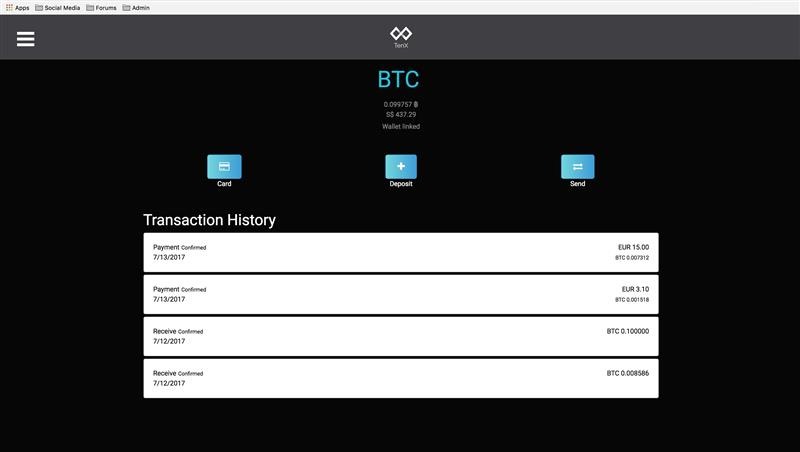 We have some new updates about the TenX that is making its name in a big way in crypto currency market. The team has announced that the web app closed beta will begin on the 14th of August along with a gradual public rollout in the weeks following. The iPhone / iOS app’s closed beta will begin on the 21st of August. The public rollout will happen in the weeks following. Their blog has also posted some screenshots of the TenX web app. Update – You can now download TenX iOS app!

The TenX web app looks pretty basic in terms of design but since it is still weeks away from final, public release, we expect a lot to be improved in terms of design. From the looks of it, it appears that all functions are working fine. As mentioned before, the Tenx iPhone application will be released to its beta testers on August 21st, 2017 with pubic rollout happening in weeks following.

We posted TenX review a couple of days back and loved the entire concept. The team has been posting videos and updates about their project on all social media platforms to inform as many people as possible about their project so that more and more can benefit from it.

Update – You can now download TenX iPhone app from here.