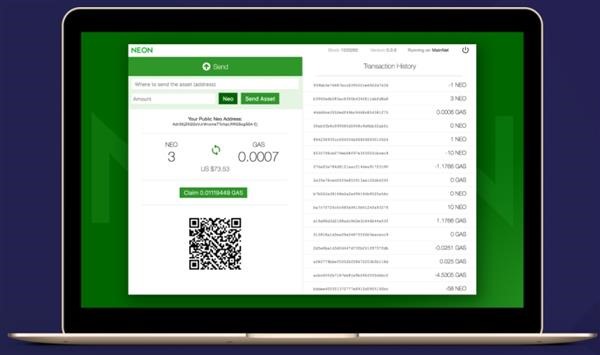 Neon wallet is a popular wallet for managing your NEO and many people prefer it over Neo’s official desktop wallet since it does not require the user to download entire blockchain before using it. This means the user is able to use the wallet immediately after entering his secret WIF code. This new version adds support for Nano Ledger S, a popular hardware wallet for storing crypto currencies. Earlier, the only way to use Ledger S was by using official Neo wallet.

Here is the best part – you will still be able to claim GAS! The Neon wallet works on the ledger and allows for sending of both Neo and Gas. Last month, the Neon was updated to work with Neo’s first ICO, Red Pulse. But that only allowed one to buy Red Pulse by sending Neo to the contract. The upcoming version will allow the users to manage ICO tokens easily so you will be able to receive them as well – not just sending them to a contract.

Here is complete changelog of this v0.0.7 version of Neon: