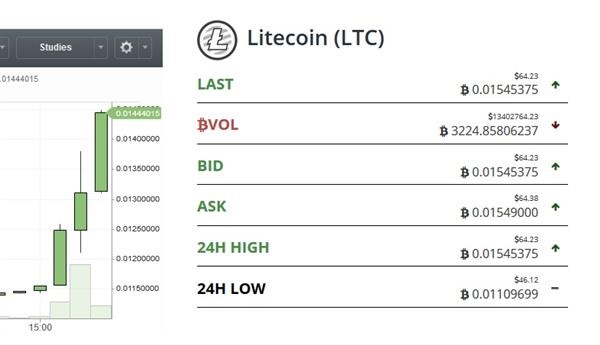 Charlie Lee, who is the founder of litecoin has announced on his twitter account that he is testing lightning network on the mainnet. Bitcoin has already locked in segwit. You can now expect announcement of atomic swaps between litecoin and bitcoin anytime soon. This pumped the litecoin’s value to $55 for few minutes but it later came to 50 dollar.

Another reason why future is so bright for the litecoin is the fact it is fast and you have to much less in transaction fees. The average bitcoin transaction fee is now near 7 dollars. This is a good thing for litecoin.

As bitcoin’s fee continue to climb, people will start looking to transactions at lower fees. Its fees will make bitcoin les useable for transferring small sums of money.

Being the next-best alternative to bitcoin, popularity of litecoin will grow multifold.