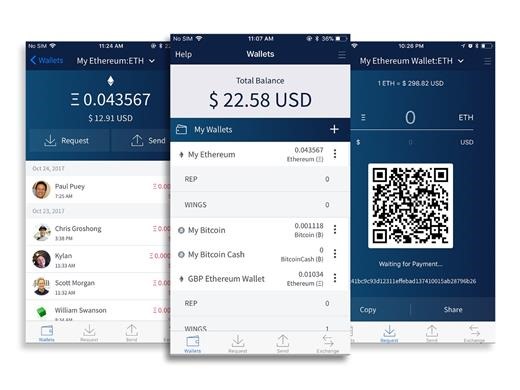 Airbitz has renamed itself to Edge Wallet and added support for Litecoin. The app has been completely redesigned and with its new release, the company is focusing on Edge Security that promises to challenge conventional security models. Edge welcomes contribution of other developers to add their support for their blockchain. For that, they can make use of a simple plugin that enables Edge wallet to work with their crypto currency.

Right now, Edge Wallet works with Bitcoin, Ethereum, Litecoin, Bitcoin Cash, Augur, Wings and Matryx tokens. The app has built in support for Shapeshift so you can convert your crypto coin to another on the fly.

We love the fact that Edge Wallet includes support for SegWit transactions for both bitcoin and litecoin.

Edge wallet will also allow users to authenticate and see funds used in dapps that utilize Edge Security SDK. Users can use the Edge Wallet itself to login to partner apps such as Augur and Wings with just the scan of a bar code. After authenticating with the dapp, users will be able to see and transact the same Ether, REP, and Wings funds that they hold in their Edge Wallet.

Right now, the app is in limited beta to a limited set of users. You can sign up for the beta here. Both android and iPhone is supported.