The bitcoin was doing fine, then why was Ethereum created?  When one thinks about blockchain tech, bitcoin is the first word that comes to mind but there many other applications that go beyond the crypo-currencies. Ethereum is based on block chain tech that lets the developers work and deploy de-centralized applications. 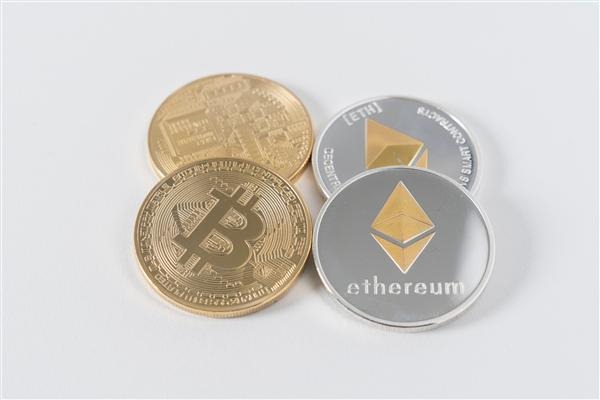 Ethereum was created by Vitalik Buterin. Dr Gavid Wood is the co-founder of Ethereum and he said while the Ethereum is similar to the Bitcoin, there are some major differences between the two. The main is the difference in their use and purpose.

For instance, the Bitcoin is more like a peer to peer payment system and mining is done for bitcoin. In Ethereum blockchain, miners work for Ether which is a token that the Ethereum network uses.

Ether is used by developers to pay the Ethereum transaction fees and services that work on the Ethereum world. So, bitcoin is like a currency but Ethereum is a type of application of blockchain.

Ethereum blockchain also boasts some unique features such as the ability to create smart contracts which automatically self-executes and contract handles the management, performance and payment.

So Ethereum has an incredibly bright future since it expands functions of bitcoin and other applications.

Ethereum is going up like crazy and lots of investors are wondering if it is possible to convert BTC to ETH? What needs to done to buy Ethereum using Bitcoin crypto currency? 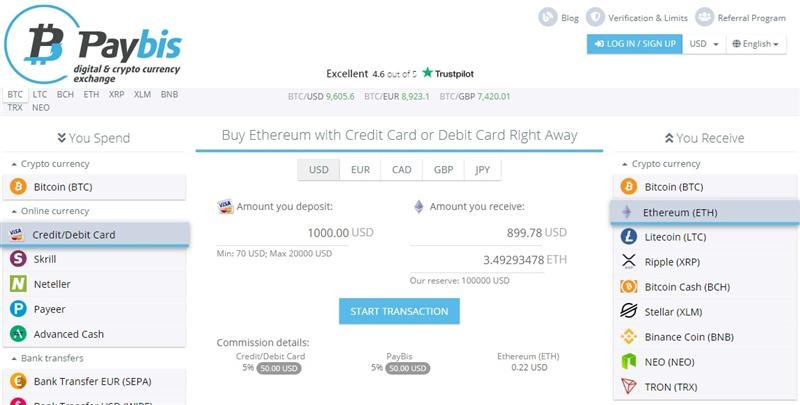 1) We will be using example of PayBis.com which lets you convert bitcoins to ethereum. Make an account on PayBis.com if you have not already and login. Tap on the Bitcoin from left sidebar and ETH on right sidebar

Simply click on “Start Transaction” and get your bitcoin converted to ethereum. This conversion is done instantly.

2)  Same functionality is offered by Coinbase which has an easy to use interface as well. It also has an iPhone and android app so you can do trading from the phone directly. It is also now supported in EU and UK. That being said, it is most popular in USA and we use it too.

The ability to buy Ethereum coins directly using credit/debit card will allow users to save on conversion fees. Earlier, people had to buy bitcoin first and then convert it to Ethereum. Now, the users are able to directly get Ethereum – saving a lot of time, hassle and of course, money.

There is massive demand for Ethereum and all the crypto currency exchanges around the world are trying to get as many customers as they can. Right now, Ethereum is trading at 260 dollars. Get on the bandwagon before it is too late.