Cryptobuyer is a latin American cryto currency startup that has now become the first company to install bitcoin ATM inside a commercial bank. Jorge Luis Farias is the CEO of the company who has played integral part in joining hands with popular South American banks in setting up physical ATMs inside banks. Right now, cryptobuyer has installed two of these. 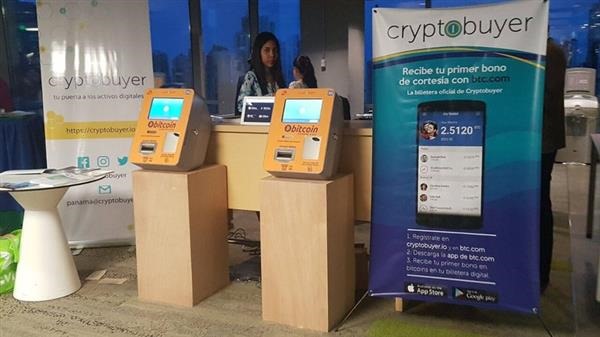 They support bitcoin and dash currency. Both were received very well and many people lined up to test the equipment. The company now plans to install twenty more such ATM networks in the region. Alejandro de la Torre from BTC.com was also present at this auspicious event.

Alejandro Palomar from Blockchain 360 Solutions gave a super-sweet explanation of Blockchain and Glenn Tjon from KPMG talking about the impact of this technology on organizations.

After the launch, Cryptobuyer announced that it will be making its entry into Ciudad del Saber tech and innovation compus. “Ciudad del Saber” means city of knowledge. IT will setting up bases in 180 companies in UN, Copa Airlines, IESA and HP.

It gained some more reputation by announcing plans to create Blockchain Academy Latam to give education, training and certifications related to cryptocurrency. It will soon be launching its ICO but its details are not related as of now. It is also looking to expand its business model in coming months so stay tuned.