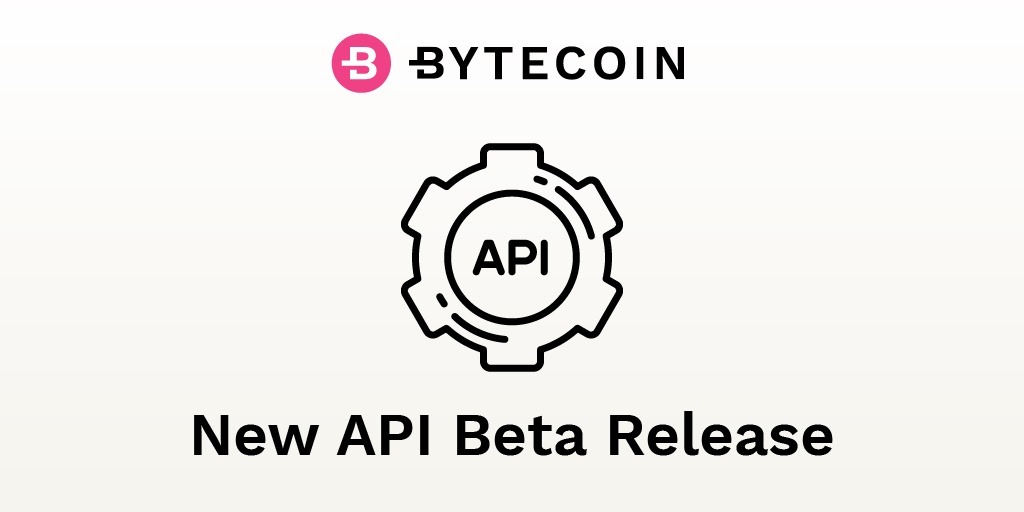 February 6th – Bytecoin, which is known as the fully-anonymous cryptocurrency which first implemented the CryptoNote protocol, is publishing a major software update. This update has proven to solve Bytecoin’s most essential technical issues as well as improve both the stability of the system and its reliability.

According to the 2018 Bytecoin Roadmap, February 6th is the day when BCN users will be able to experience the new Bytecoin Beta Release. This massive update, according to the provided details, is the result of meticulous work conducted by Bytecoin’s team of anonymous developers and will lead Bytecoin to even greater popularity than ever before. To download the update and experience it for yourself, please follow this link.

“Bytecoin is one of the most unique projects in the crypto world because it has existed for such a great length of time without updating its own imperfect software. But now, thanks to the painstaking work of our community and the Dev Team, we’ve built an absolutely new and entirely reliable software. This update will lead Bytecoin to completely new heights of success and help motivate more users to get involved in our ecosystem”

As for the back-end part of the update, the Bytecoin Development Team has decided to implement some essential features to improve the speed and reliability of the software. In addition to this, the release of this software will also appear in a new GitHub repository. Starting from the LMDB library, which has optimized the blockchain size, modified the daemon, reworked the block downloader, and provided a new API. Furthermore the Dev Team has mentioned early support for the “Send Proof” feature (a cryptographic object which proves that the creator of this object has really sent their coins).

The front-end part has been updated significantly as well and mostly influenced by the major back-end implementations. The new design and variety of new features have been made available to implement by Bytecoin’s community of enthusiasts, working in tandem with the Dev Team. Also contained within are the builds, including early support for dynamic fees, a Wallet Service console, and some other minor improvements.

“As soon as these beta-builds will be successfully tested, Bytecoin’s Developers will be able to proceed with improvements, such as a new stable API release and a hardfork on June 12th. We’d like everyone from the crypto community to take part in our beta-tests, to improve the final builds and make it the best it can possibly be,”

The Bytecoin Team has rushed into this year with a few essential marketing updates and it’s time for the Developers to release the new software versions. Moreover, according to Bytecoin’s 2018 Roadmap, this coin is going to be heavily involved in the Asian market for the 1st quarter, and these events (including today’s release) are going to bring Bytecoin to new and even greater heights for the 1st fully-anonymous cryptocurrency.