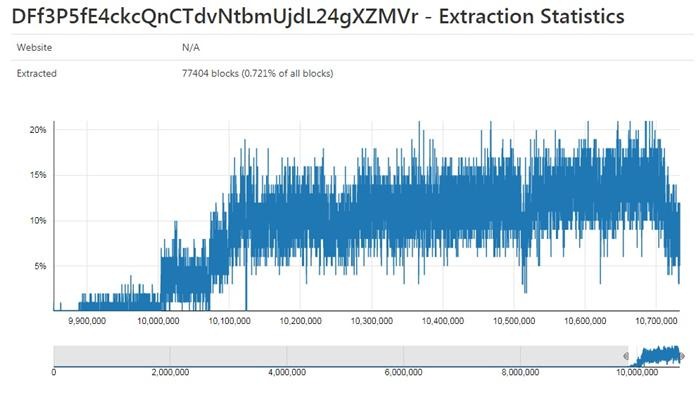 A user on reddit, hanzyfranzy found some discrepancies in Digibyte’s hash power and it indicates an ongoing attack. Digibyte cryptocurrency makes use of five mining algorithms and this reddit user found that hashrate of Skein and Qubit miners is much higher than expected.

These miners just need to rent few hundred dollars worth of hash power to do a 51 percent attack on Digibyte’s blockchain.

For instance, this Qubit miner is mining about 8 percent of all blocks on the network. One can see massive increase in Digibyte’s network hash rate since early parts of this year.

What does this mean? It means that certain miners are abusing mining algorithm by monopolizing 100% of the hash rate for two of the five algorithms.

They are using their tech lead to monopolize 40% of the network, which reduces the Nakomoto coefficient from 5 to 2 for this network. Which means only 2 entities have to collude to 51% attack the network. This is not considered a decentralized blockchain.

What has Digibyte team to say about this? Chilling_Silence from Digibyte says on reddit somebody has put alot of money and time in taking a big chunk of hash rate of Digibyte.