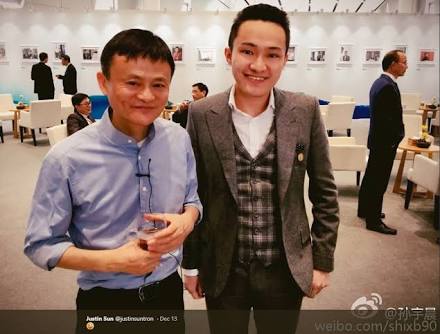 Rumors are brewing again about the Tron and Alibaba partnership. While there’s nothing official from either sides, the link between tron and Alibaba keeps getting strong every day. The main reason why the rumors have started again is the fact that Jack May, chairman of Alibaba has tendency to invest in projects founded by his former students.

One such example is link between Alibaba and Kuadi which is similar to Uber. Kuadi was founded by Weixing Chen who is also a member of TRON team. Of course, he is a close friend of Jack Ma who has already invested in Kuadi. Justin Sun, Tron’s CEO is interested in investing in Kuadi. This could be sign of TRON and Alibaba partnership.

Did you know that Justin Sun graduated from Hupan University where Jack Ma is principle? It would not be a shock if Tron’s CEO himself tweets about the partnership before the end of quarter 2, 2018.

Tron’s price is going parabolic from past 10 days and it could continue to do so till end of May when Tron will be shedding its ERC20 identity and move to mainnet.