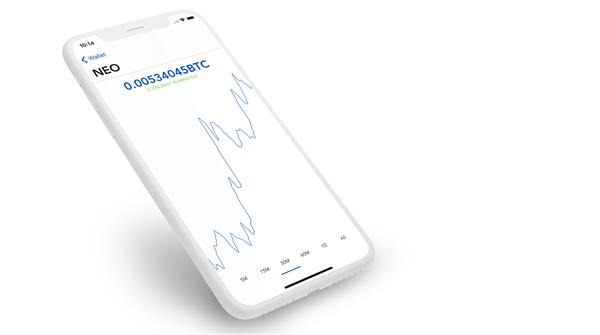 First Neo iOS wallet called the O3 wallet has made its debut. It is already available for download from the app store. Registrations for beta testing the O3 Neo wallet began few weeks back and after numerous bug fixes and extensive testing, the developer has made it available to everyonen. The wallet offers similar functionality to the official bitcoin’s blockchain wallet where you can store private key and monitor your cold or Neo paper wallets in read-only mode. This allows you to easily manage all of your NEO wallets.

O3 neo wallet makes use of iPhone’s touchID and pin code feature as well. For instance, for sending a transaction, you will be asked to enter pin code or swipe your finger. This will ensure that only you are able to send funds – not anyone else.

The O3 wallet follows the new iOS 11 design guidelines and looks like a stock iOS app. The developer behind the app promises to add support for additional assets and tokens in upcoming updates. The app also has push notification support so if you get Neo from your friend, you will get a notification like this. The app is fully open source and developers have made the code available online at github. Here is the official description of the app:

O3 is a wallet for the NEO blockchain. You’ll be able to create contacts, send and receive assets, and claim GAS on the most secure wallet on iOS. We also allow for readonly mode so that you can monitor all of your addresses on blockchain without having to use your private key.