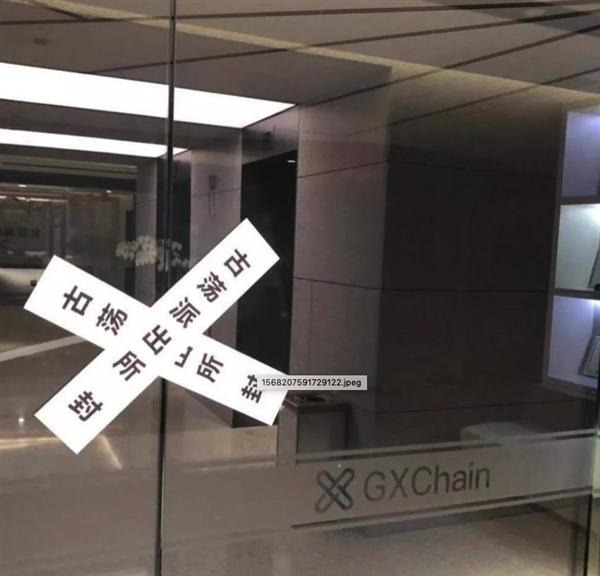 GXChain was a very popular ICO back in 2017 which ranked pretty nice on China’s CCID rankings (rank #8). Chinese police has emptied out the GXChain’s office and emptied it as well.

Back in March, GXchain admins were caught taking bribes to spread fake partnership news to pump price of their cryptocurrency, GXC.

Dovey Wan has posted a video footage which shows sealed up GXChain’s office.

video footage from onsite checking of GXchain’s office, it’s been emptied out and sealed up pic.twitter.com/FowDua9bS8

There is no word on why GXchain’s office was raided and closed by Chinese police but rumor has it has it it might be due to their data business.

GXchain sold processed personal credit data which is not exactly being liked by the Chinese government.

It is hard to believe that GXchain once enjoyed a marketcap of over 600 million dollars and actually was considered to be one of few legit ICOs.

While there have been hundreds of Chinese scams, many are saying GXchain was targeted because they were easy to locate and shut down. Real scammers are harder to find.

Just guessing, maybe it’s exactly because GXChain had a real business processing personal data that they have been targeted, i.e. a concrete project that can scale and potentially pose a threat (or at least a disturbance) in the future.

Price of GXchain is tanking fast. It is -16 percent at time of this post.