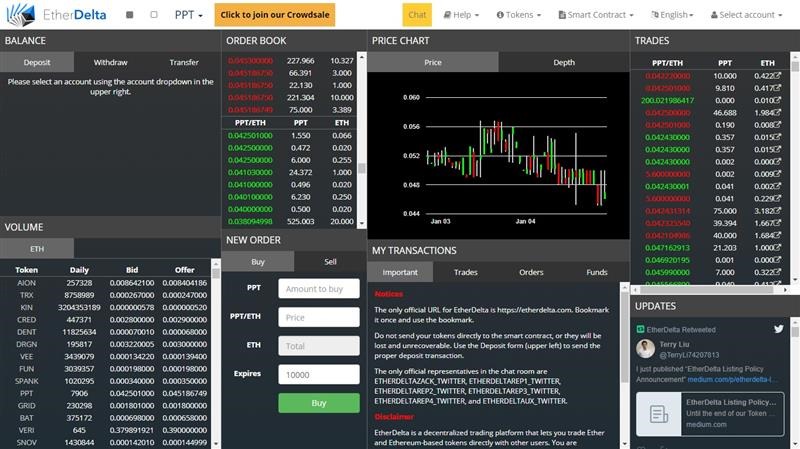 EtherDelta got under new ownership last month and ever since, it has been taking quite controversial decisions. Yesterday, it rolled out a blog post where it says that it will be removing most of the listed tokens to give EtherDelta ICO a purpose. The blog post has since been removed but another post was posted earlier today which says that in order for a project/token to be listed on EtherDelta, it must have equivalent amount of EDT tokens which must be between 0.1% ~ 3% f the project’s total market value at time of listing. This new policy is not required for any tokens that has already been listed on EtherDelta.

This escrow will serve as escrow deposit which will be required for 3-6 months and these EDT tokens will be unlocked once the escrow is over. The team behind the token can then sell the EDT tokens.

In other words, if the team behind a token does not buy EDT tokens, their listing from EtherDelta will be removed. This is forcing the startups to sell their Ether for EDT tokens.

Alternatively, as stated in their latest blog post, if a projects decides to stay on EtherDelta but does not have Ethereum (ETH) pairing, they can simply go for EDT pairing. For all tokens already listed on EtherDelta, this option is a bonus.