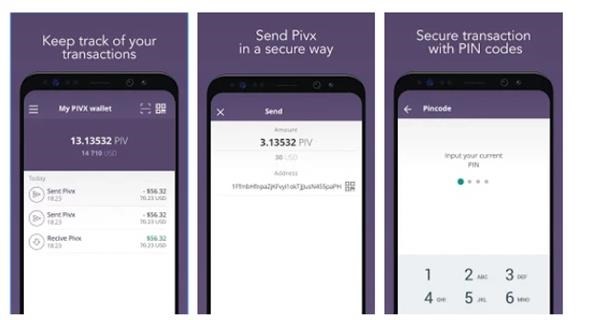 Pivx has churned out its official mobile wallet for android devices. This will allow users to make mobile payments on the move. Pivx appears to be incredibly committed to their platform and have been fulfilling their promises one by one. There are already official Pivx wallets for windows, Mac, Linux and raspberry and people have been asking for mobile wallet from quite some time.

The only thing now missing is an iPhone / iOS app and it is quite difficult to launch a crypto currency app. For instance, it took Dash many tries before they were able to launch their official Dash app for iPhone so same could be the case here as well. Official Dash app had an incredible effect on the price of their crypto currency and right now, it trades at a higher price than Zcash.

Since this is the first release of the Pivx android app, there could some minor bugs. The team says the users have already informed them about bugs and they will be sorted out in next release. The team also promises an iPhone app so go ahead and download the official Pivx app on your phone now.

Download it from Google Play store from this link.