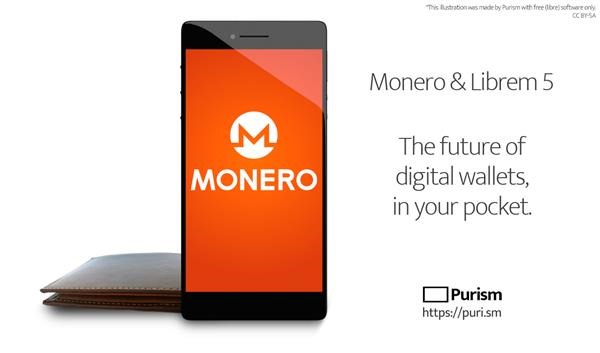 Purism has announced its collaboration with Monero crypto currency that is private by default. Purism has added Monero for payments on its online store which is a great boon for those users who value privacy over anything else. This will allow the Purism Librem 5 smartphone users to make cash-like payments in form of Monero. This will also enable users a much lower barrier to entry for leveraging the benefits of cryptocurrency.

With Monero and Librem 5, the company is trying to create a future where person is able to buy or sell digital goods and services while keeping details of the users private which makes it similar to cash but on the Internet. The important guiding philosophies of Monero are privacy, security and of course, decentralization that ensures no single person or group can control network.

The Librem 5 makes it easy for the average user to use Monero for real world transactions on a mobile platform. In addition, the Librem 5, by using Free Libre Open Source Software provides the user with the opportunity to verify to a very high level its end point security, privacy and decentralization.

There is no word if the Purism will be brining Monero-supported wallet to its laptops, tablets and other phones.