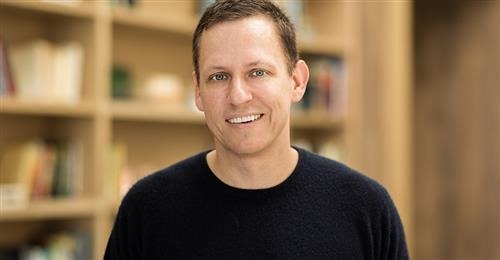 Peter Thiel is a well known name in the Silicon Valley and a billionaire. He is also the founder of PayPal and well known for making early investments in companies like Facebook. His company, Founders Fund bought 15 million of Bitcoin last year and told the investors that the firm’s value increased hundreds of millions of dollars due to rapid rise in Bitcoin’s price. However, it was not made clear whether the Founders Fund has sold any bitcoins or not.

A lot of disbelievers in cryptocurrency have bought Bitcoin in the past few months. The notable one is JPMorgan Chase & Co whose CEO, James Dimon called Bitcoin a fraud. Similarly, Bridgewater Associates founder Raymond Dalio called Bitcoin a bubble. While many non believers have bought crypto currency, they have not gone public due to prevalent hacking attacks.

Thiel is skeptical of most of them but he thinks that the people are underestimating bitcoin since it more like a reserve form of money. He added that it has potential in becoming cyber equivalent of gold.

Peter Thiel’s Founder Fund is one of the most successful in Silicon Valley and has more than three billion dollars under management. It holds stake in more than hundred companies like SpaceX, Facebook and AirBnB. via wsj