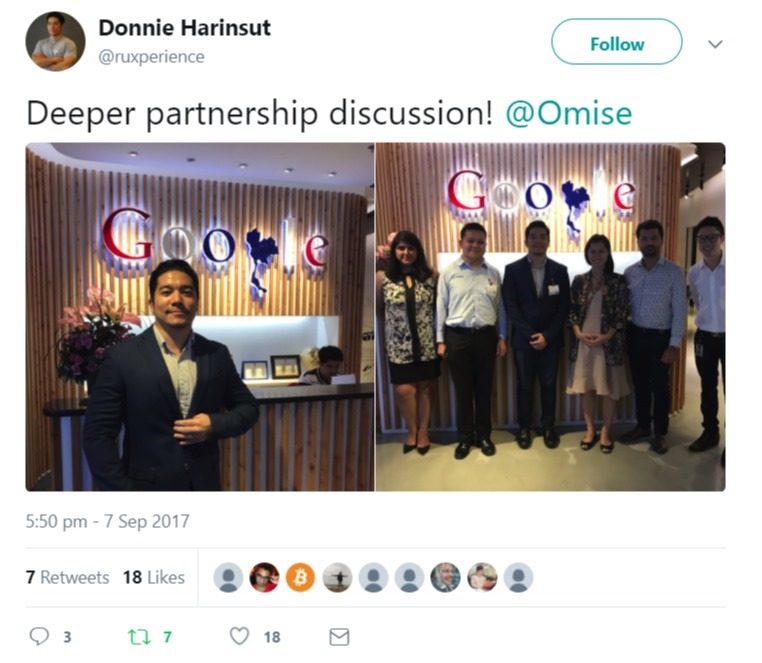 OmiseGo was at Google Thailand headquarters today for some partnership. They teased their investors by posting a photo with its team with a caption saying “deeper partnership discussion!” Right after posting the photo, the tweet went viral and gave OmiseGo a huge boost. Infact, OmiseGo broke its all-time-high, approaching almost 0.003BTC which is quite a jump from 0.00233.

The tweet containing the photo at the Google’s HQ was tweeted by Donnie Harinsut who is the COO and Co-Founder of OmiseGo. A lot of people are buying OmiseGo due to the tweet.

There is another reason for the hike in price – this use case study that was posted today on Google Cloud. OmiseGo is now one of Cloud’s customers. So, it could be that the use case study is turning into reality. 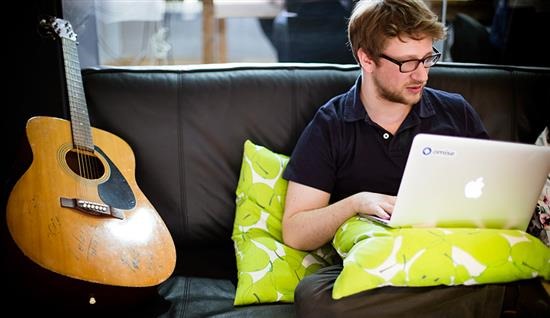 Omise has also been able to use GCP firewalls to control access to its Compute Engine instances. This has helped protect highly sensitive merchant and payment data from leakage or unauthorized access. “Being able to secure this data is critical to our reputation with merchants and their customers as a safe, reliable provider of payment services,” says Araujo. “Thanks to GCP, the data is in safe hands.