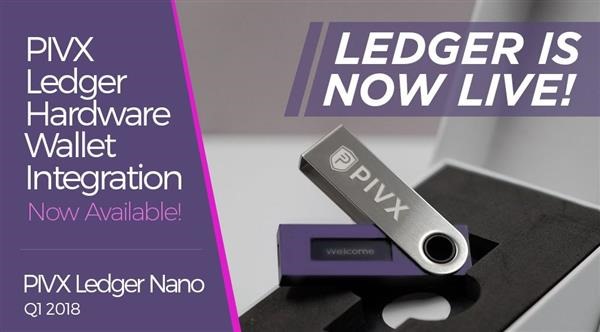 Ledger Nano S and Ledger Blue now support three more crypto currencies that include PivX, Vertcoin and Viacoin. Both PivX and Vertcoin communities were actively involved in getting the proposal through. This has been an exciting week for all three cryptocurrencies, especially PivX that not only got Ledger integration but also got Zerocoin protocol activated and become most widely translated crypto coin as well.

Use the bitcoin application to transfer your PivX, Vertcoin or Viacoin. If it gets stuck on “opening your wallet”, simply uninstall and install the bitcoin app again.

There is a lot of hype behind privacy coins and PivX is next in line after Monero so a lot of users on the its subreddit are welcoming its addition to the Ledger wallet. Same can be said about Vertcoin users. Vertcoin is being touted as bronze of crypto coins (gold = bitcoin and silver = litecoin). This addition to ledger helped Vertcoin cross $2 which is also first for this coin.

Ledger allows users to securely store their crypto currencies. Only a selected few currencies are supported and that is why marketing units make a big deal out of it as it helps bringing a ton of new users onboard. [via ledger’s tweet]