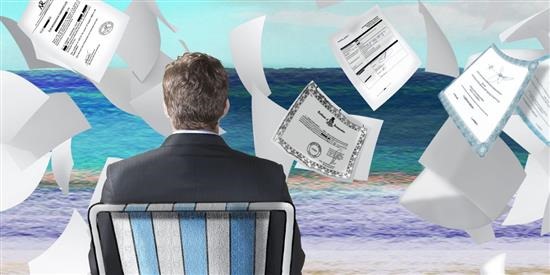 The names of Bitfinex and Tether founders, Giancarlo Devasini and Philip Potter in Paradise papers may come as surprise to many. This massive leak has list of 120,000 companies and people who have taken services of offshore service providers operating in tax havens. These Paradise papers say that Appleby helped Philip Potter and Giancarlo Devasini in setting up Tether in British Virgin Island back in 2014. This leak is the world’s second bigger data leak which is shadowed only by Panama Papers leak that happened in 2016.

A lot of scrutiny has been done on Tether and Bitfinex, which inflated the supply of Tether in order to remain solvent. Even the Tether announced that 31 million dollars were removed their treasury wallet on November 19 2017. Paradise Papers reveal that the Philip Potter is director of Tether and Devasini is also a shareholder the company, who as we said earlier is founder of Bitfinex. The story does not end there, Davasini and Tether’s CEO, Ludovicus Jan Van Der Velde are directors of Tether and latter is CEO of Bitfinex.

To be honest, I would have been more surprised if their names were not in there. It is great to see real evidence of their intermingling and malfeasance rather than appropriate conjecture.